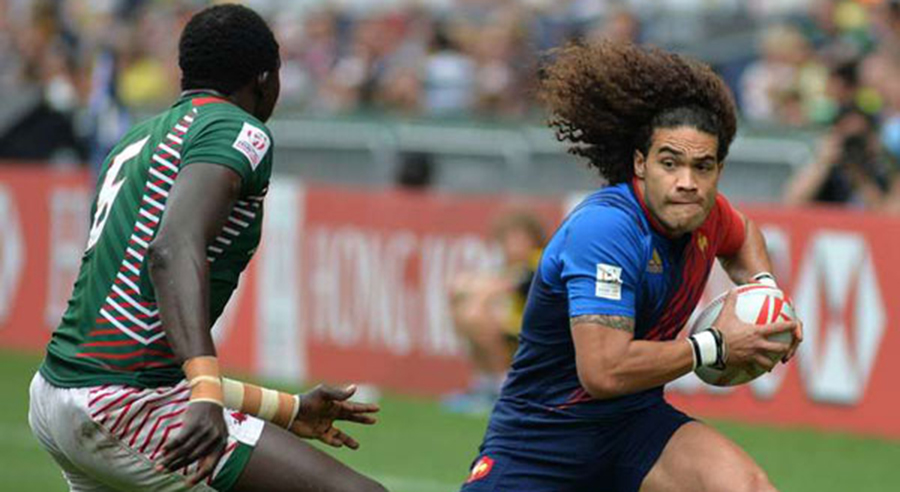 Kenya Sevens take on defending champions Fiji in Hong Kong Sevens Cup quarter-finals on Saturday from 7.40am where they hope to make amends for their previous defeats in Sydney and Vancouver to the Pacific Ocean islanders.

Benjamin Ayimba charge’s sailed through to the Cup quarters, their fourth this season, by the skin of their teeth after losing to New Zealand and France 5-0 and 10-17 respectively on Saturday.

What counted for Kenya Sevens, who qualified alongside New Zealand from in Pool A to the Cup quarters, was their superior point difference.

However, mathematics had to be used after Kenya, Samoa and France tied on five points after winning once and losing twice each.

Skipper Andrew Amonde said they played well but unfortunately didn’t take their chances to attack and score. “What is happening is that teams strategise well against Kenya hence we must work hard all round in defence, possession and attack to be able to win,” he said.

Veteran Humphrey Kayange said they should have won again against All Blacks.

“We didn’t take our chances to attack especially at the breakdowns and one mistake cost us the try against All Blacks,” said Kayange.

“We always plan to win tournaments and that moment will come soon.”

Kenya launched their quest on Friday by beating Samoa 24-0. Samoa recovered to edge out France 24-12 yesterday. Kenya failed to make amends for their 24-21 Bowl quarter-final defeat in Vancouver to the Frenchmen.

In their last pool match, France got off to a flying start, starving the Kenyans off possession to lead 12-0.