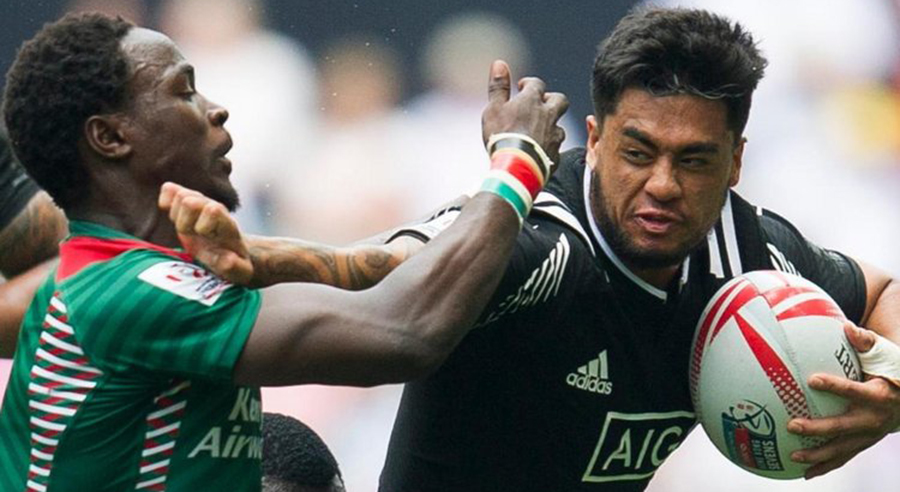 Kenya Sevens team picked 10 points from Hong Kong leg after going down 33-0 to England in the plate semi-finals. Kenya remain placed eighth in the IRB rankings with 60 points after seven legs.

Earlier on, Kenya lost 12-10 to Fiji in the Main Cup quarter finals. Both sides had settled for a barren draw in the first half before Fiji made a breakthrough in the second half through Kitione Taliga. Kenya responded through the ever green Collins Injera after kicking the ball and making a successful chase to give Kenya a 7-5 lead following Samuel Oliech’s successful conversion. Kenya were momentarily in control of the match and Injera gave them a 10-5 lead after they were awarded penalty in front of posts.

However, the troublesome Savenaca Rawaca made no mistake as he raced past debutant Alvin Otieno to touch down at stoppage time. Osea Kolinisau made a successful conversion to give Fiji 12-10 win. It was third successive defeat for the national side, who dropped to plate semis and were paired against England. The Britons equally proved too smart for Kenya, catching them unaware 54 seconds after kick off to take a 7-point lead.

Despite pushing England to their territory, Tom Mitchell kicked the ball and Dan Norton sprinted past Nelson Oyoo to score England’s second try and his 200th in the IRB series as they took a 12-0 lead at breather.

The second half was a one-side affair as England scored three more tries to send Kenya packing. Focus now shifts to the inaugural Singapore Sevens set for this weekend. The team departs for Singapore today. Injera, who scored his 223rd try in the series says they will seek to rectify some of the mistakes they made in Hong Kong. However, he says he was impressed with the team’s defence especially against New Zealand and Fiji.

“We really need to focus and correct on the mistakes we made. We will also look at the positives we picked from the circuit. One positive thing from this tournament is our defence, where we displayed a lot of improvement. We can make it even better in Singapore,” he said.

Meanwhile Biko Adema has been ruled for the rest of the season with an injury. Adema picked a knock on his thumb last week on Wednesday and will be replaced by Samuel Motari