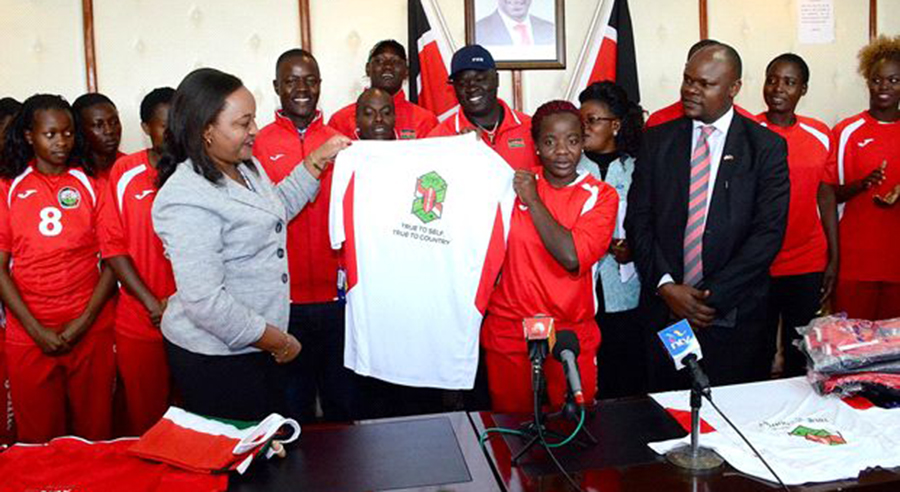 The match scheduled for April 12 is poised to kick-off from 4pm and will be played at the 60, 000 capacity Safaricom Stadium, Kasarani.

The return leg match offers Kenya’s national women’s team - commonly referred to as the starlets - with a realistic chance to qualify for the continent’s premier tourney for the first time.

The team held Algeria to a 2-2 draw during the first leg match played in Algiers. The starlets require a win or either a 0-0, 1-1 draws to join seven other teams that will grace the 12th edition that will be held in Cameroon from November 19 to December 3.

Federation of Kenya Football Secretary CEO, Robert Muthomi said the decision was made to give the team much needed support and the women’s game. “We are on the brink of great result that will propel our women’s team to make a debut at the continent’s top tournament.

“A positive result will spur the development of the game in the country hence the need for our fans to turn out in large numbers and offer much needed support.”