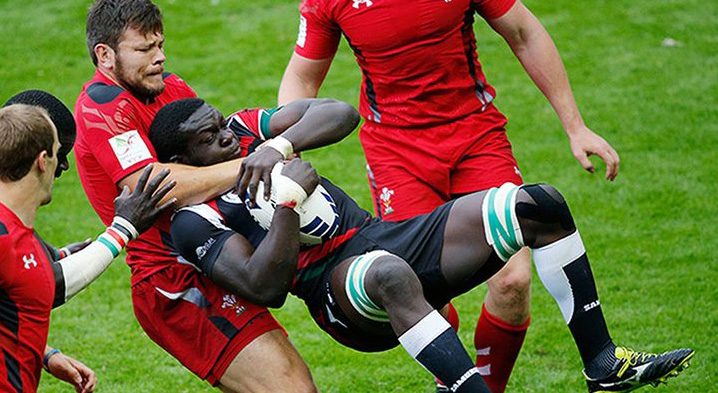 There was no repeat of Singapore Sevens success for Kenya at the Paris leg after they lost to Australia to 7-26 in the Plate semi-finals on Sunday. The Kenyans collected 10 points for their World Rugby Sevens Series.

The results, however, did not improve their status in the World Rugby Sevens Series standing as the Benjamin Ayimba charges stayed seventh but with an enhanced tally of 95 points going into the last leg of the series in London on May 21-22, 2016. Kenya will once again face France, Scotland and Portugal in Pool 'C' of the London Sevens.

Australia dominated possession as Con Foley tore through Kenya’s defence to score two tries before Ed Jenkins sprinted through a gaping hole in the Kenya defence to score their third try for a 21-0 lead at the break.

Kenya, the Singapore Sevens champions, started the second half in much better side following the introduction of Robert Aringo as a half-time replacement. The east Africans deservedly got the first try of the second half through Billy “The Kid” Odhiambo.

As time ran out for Kenya, Australia, who were ruthless at the rucks, forced a penalty at the breakdown before Henry Hutchison dived over in the corner to seal their victory.

Kenya had lost to hosts France 5-24 in Cup quarterfinals to drop to Plate. Australia lost to Fiji 15-17 in the other Cup quarters clash where big wigs New Zealand and South Africa also suffered stunning defeats to Argentina and Samoa 19-17 and 21-10 respectively.