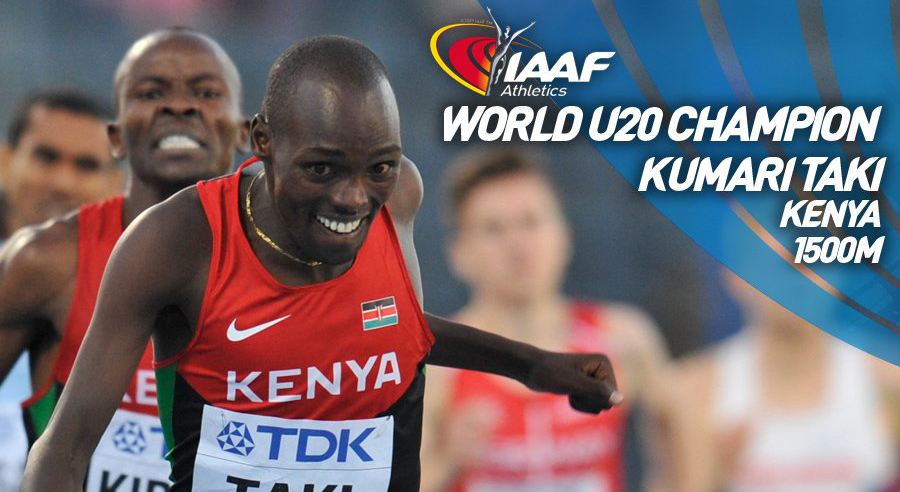 It's common to see a dive at the line to win a championship race, but Kumari Taki took it one step further by sliding into the finish line to win the 1500m at the IAAF World U20 Championships to claim the victory Thursday in Bydgoszcz, Poland..

Taki charged to the front with 200 metres to run and it was a lead he never relinquished, his legs carrying him to the line. At the tail-end of a 53.42-second last lap, the Kenyan athlete fell to the ground with five meters remaining. Determined to win, he slid into the finish and reached over the line – just – to take gold ahead of Ethiopia’s Taresa Tolosa in 3:48.77. “I knew that the Ethiopian had a stronger kick than me so I had to dive at the line,” said Taki. “I made it.”

Taki's dive won the race in 3:48.63 over Taresa Tolosa and Anthony Kiptoo. Kenya’s Anthony Kiptoo came home third in 3:49.00, with France’s Baptiste Mischler fading to fourth near the finish in 3:49.52. 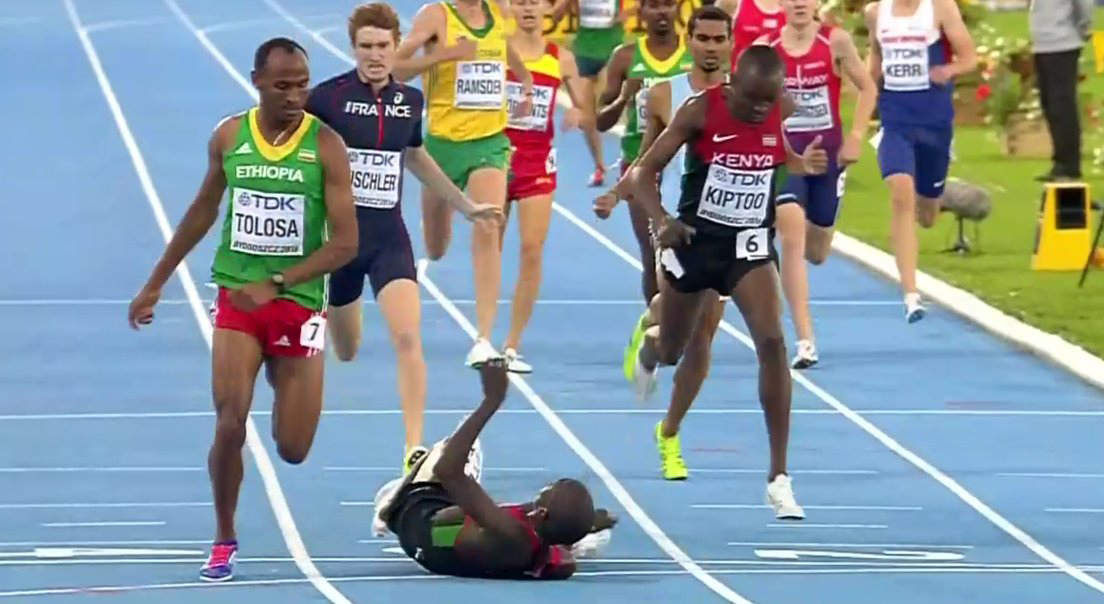