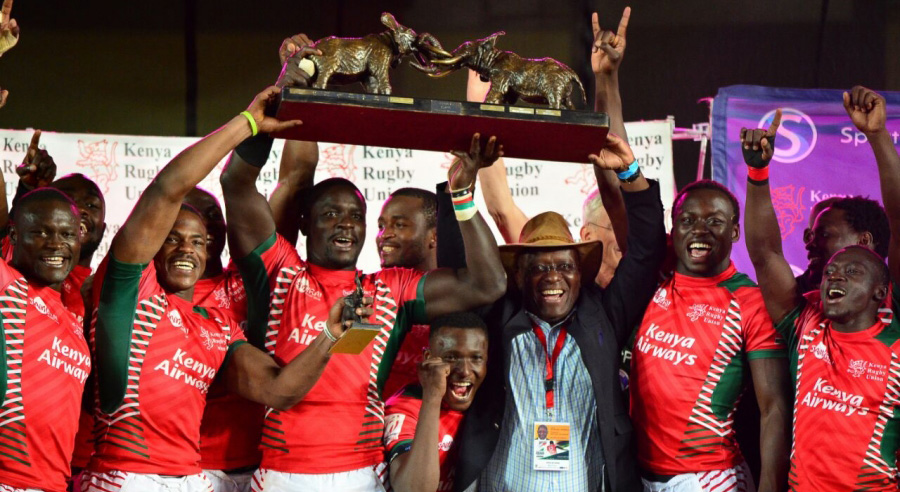 Shujaa reclaimed the Safari Sevens title with a comprehensive 38-21 win over defending champions Samurai in the final played at the Safaricom Stadium on Sunday.Frank Wanyama landed scored two quickfire tries, Brian Tanga adding a conversion before scoring and converting his own try to put Shujaa 17-0 up.

Dan Sikuta would land a converted try for Samurai, the scores 17-7 at the interval.Leonard Mugaisi would react quickest to a loose ball after the restart, exploiting the space to race clear and score, Tanga adding the extras as Shujaa went 24-7 clear.

Billy Odhiambo would pile on the misery for Samurai when he touched down, Tanga’s conversion sending Shujaa 31-7 up before Samurai attempted a comeback, Dougie Fife scoring and converting his own try before converting Michael Fedo’s try to bring the scores to 31-21.

Tanga would race clear, playing in Willy Ambaka to land a converted try and confirm the full time result and reclaim the Robin Cahill trophy.