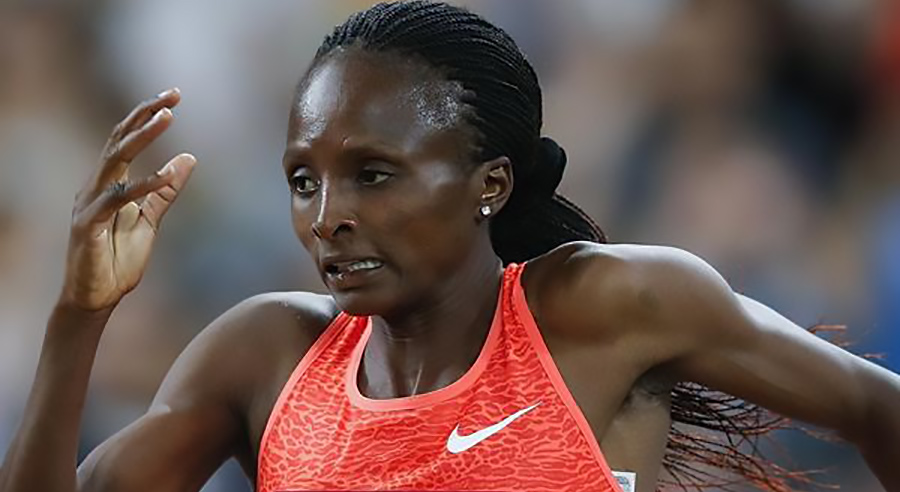 The line-up assembled for the penultimate race of the 2016-17 series was the strongest of the season but Obiri broke clear of Olympic 1500m champion Faith Kipyegon on the penultimate lap and built up a winning margin of approximately 100 metres on the last circuit.

“I am not in my best shape yet and I hope to hit the right form ahead of the World Cross Country Championships,” Obiri told reporters after the event.

Obiri stopped the clock at 33:29 with Kipyegon finishing second in 33:47 in her first race since the track season. This was also her first competitive outing at a distance longer than 8km and like Obiri, Kipyegon is aiming to make the Kenyan team for the IAAF World Cross Country Championships Kampala 2017 next March.

Kipyegon, who has twice won the world junior cross country title, would have started as the arguable pre-race favourite in 2015 but she was forced to miss the biannual event staged in Guiyang due to an injury which she picked up after winning the always competitive Kenyan Trials.

Kipyegon’s older sister, Beatrice Mutai, rounded out the podium in 33:56 while former IAAF world half marathon champion Gladys Cherono made a solid return from a back injury to finish fourth in 34:24 ahead of former world junior cross country champion Pauline Korikwiang in fifth (34:31).

In the men’s senior 10km, Rio Olympian Charles Muneria took the plaudits in 29:33 ahead of Peter Emase (29:46) and Bernard Muia (29:53) while Shadrack Langat and Edna Jebitok won the men’s 8km and women’s 6km junior races.