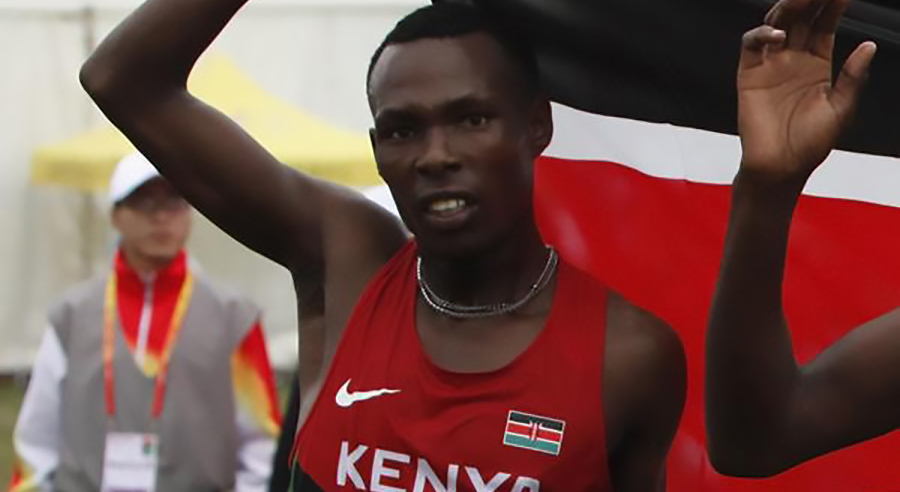 “I had prepared well to defend my title and I’m very happy for that. I knew the race will be tough at the start. After the third lap, I took over the lead to win,” Karoki told reporters after the event.

But instead of preparing for a tilt at his first senior title at the IAAF World Cross Country Championships Kampala 2017 in March, Karoki will now turn his attention to the roads. He will make his marathon debut in the London Marathon on 23 April and will run the Ras Al Khaimah Half Marathon next month as part of his build-up.

Former world junior cross country silver medallist Irene Cheptai prevailed in the senior women’s 8km in 26:29 by five seconds ahead of former world U18 3000m champion Lilian Kasait, 19, who was racing as a senior for the first time.

Bahrain’s Eunice Chumba was a distant third in 27:13 but finished ahead of some well-known names to reach the podium. Gladys Chesire - one of the fastest runners of all-time over 10km with a 30:41 PB - finished fifth in 27:24 while marathon standouts Visiline Jepkesho and Helah Kirop clocked 27:54 and 28:09 to finish ninth and tenth respectively.

Meanwhile Alfred Barkach (30:13) and Vivian Kiplagat (36:02) claimed victories over 10km in the senior races at the North Rift Cross Country Championships in Kondabilet which were also held on Saturday.

Rebitu won the senior women’s race in 29:19 by six seconds from Fernandez, who made her international debut at the 1993 European Junior Championships some four years before the Bahraini was born.

There was a double for the small Gulf nation as 1500m specialist Sadik Mikhou won the men’s 10km in 30:01 ahead of teammate and Olympic 5000m finalist Birhanu Yemetaw in 30:08.

Another Olympic 5000m finalist booked his place on the team for the IAAF World Cross Country Championships in Kampala as Brett Robinson claimed victory at the Australian Selection Trials in Canberra on Sunday.

Robinson, who has already been to three editions of the World Cross Country Championships, won the senior men’s 10km in 29:42 to defeat Stewart McSweyn by three seconds.