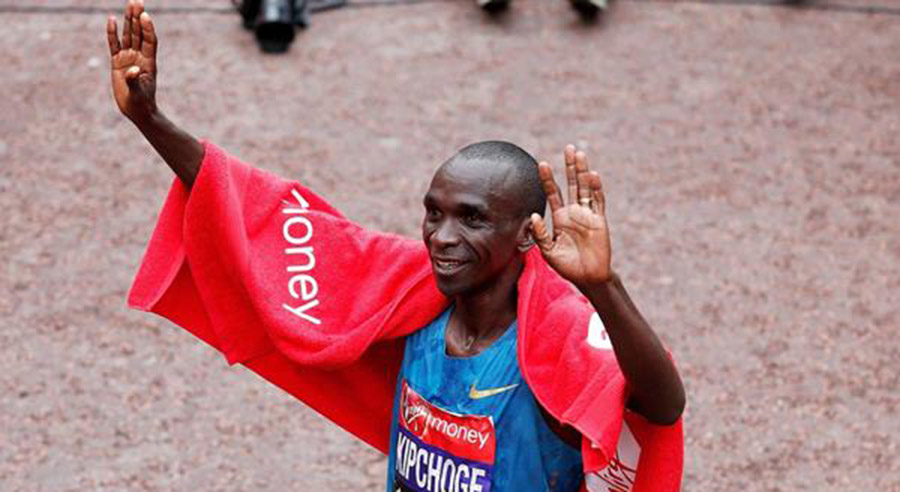 Last year's Virgin Money London Marathon champion Eliud Kipchoge will take on 2014 champion Wilson Kipsang when the two Kenyans face each other in this year’s IAAF Gold Label Road Race on Sunday 24 April, organisers announced on Tuesday (19).
Kipchoge beat two-time champion Kipsang by just five seconds in a thrilling sprint finish at the end of last year’s 35th race, with fellow Kenyan and world record-holder Dennis Kimetto left trailing in their wake in third place.
Kipchoge’s winning time of 2:04:42 was just outside Kipsang’s course record of 2:04:29 set in 2014. The 2003 world 5000m champion went on to win the Berlin Marathon last September in a personal best of 2:04:00.
He is now sixth on the world all-time list for the distance behind Kimetto’s historic best of 2:02:57 and Kipsang’s former world record of 2:03:23.
Kimetto also returns to London in 2016 hoping to improve on his third place last year. Stanley Biwott is the fourth outstanding Kenyan in the field, running in London for the fourth time after finishing fourth last year, second in 2014 and eighth in 2013.
Biwott should be full of confidence after an impressive victory at the 2015 TCS New York City Marathon.
With Rio 2016 Olympic places to be won, there will be even more at stake for the Kenyan runners in 2016 when the quartet toe the London start line again in pursuit of one of world running’s most prestigious prizes.
“It was fantastic to win the Virgin Money London Marathon last year against one of the greatest fields ever assembled in marathon running,” said Kipchoge.
“This year I will come back to London to compete again with the world's best athletes," he added. "I will work hard to defend my title in London and, together with Wilson, Dennis, Stanley and those from other countries, make it a fast and wonderful race. I want to thank the organisation for again bringing the best athletes in marathon running together in London, it's great for our sport."
Kipchoge’s superb record of five wins and one second place from six marathon starts since 2013 will make him the marginal favourite. But the elite men’s field contains the top five finishers from 2015, five men who have run the 26.2-mile distance faster than 2:05:00, and 16 who have finished quicker than 2:10:00. 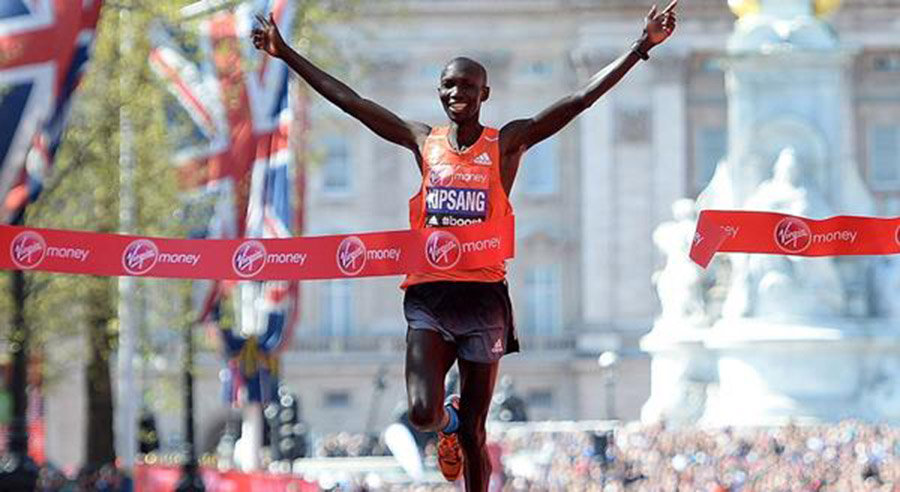